“It’s Clambake Season, and Cleveland is Ready as Usual” 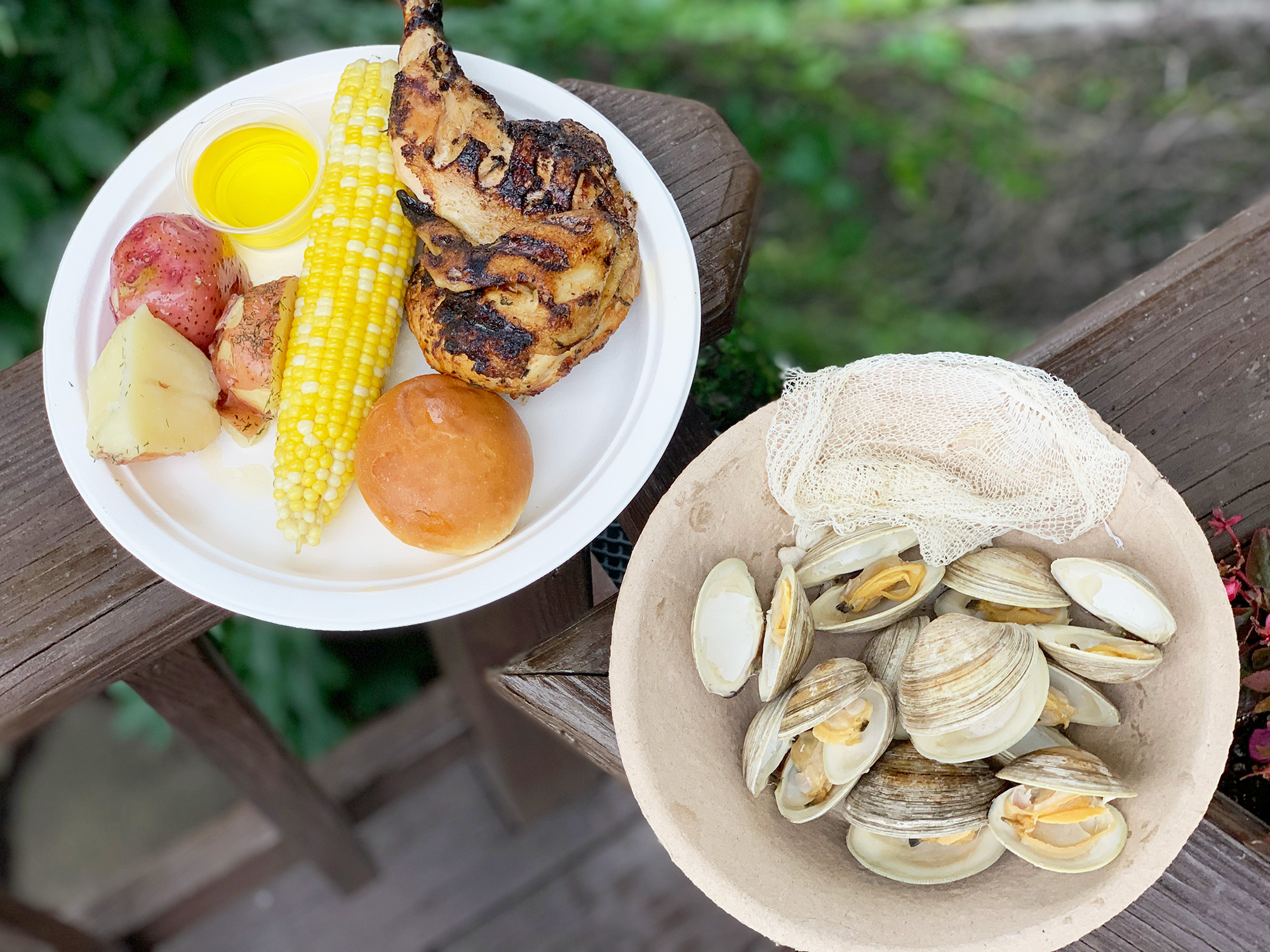 It’s Clambake Season, and Cleveland is Ready as Usual
By Douglas Trattner

“I don’t think any other part of the country has a fall clambake season like ours,” says Bill Gullo, director of purchasing at Catanese Classic Seafood in the Flats. “I had a clam supplier tell me a couple years back that more clams were being shipped to Northeast Ohio during September and October than the rest of the country combined. I would think that that was still true today.”

It’s clear that Cleveland loves its clambakes. What’s less clear is why and how the typically New England feast became so entrenched in our regional foodways.

Some draw a straight line back to the well-heeled industrialists of the early 20th century who summered in Northeast Ohio, often hosting elaborate feasts with fresh seafood shipped directly from the East Coast. For decades, clambakes have served as the ideal vehicle for political fundraisers, a delicious way to replenish the campaign coffers on the backs of bivalves. Gullo, who’s been in the local fish business for 40 years, posits that the practice was promoted by retailers like him who were tasked with selling fish. Regardless how it began, the “Cleveland Clambake” is a beloved fall tradition.

While clams aren’t considered a seasonal food product as they are generally available year-round, there are other factors that make autumn ideal for bakes. Customary accompaniments like sweet corn and potatoes are seasonal, with their harvests lining up with the events. Those thick and creamy chowders are well suited to sweater weather. And the act of wrangling a giant steamer pot over a roaring propane burner is made bearable by the cooler temps.

A traditional Cleveland clambake consists of a cup of chowder, a dozen clams, half a chicken, an ear of corn, one sweet or regular potato, coleslaw and rolls, but deviations abound. Some folks like to toss in links of kielbasa or andouille sausage, others opt to sub out the chicken for crab legs or whole lobster, and pretty much every single clam lover can easily devour an extra dozen or two of those briny bivalves.

“That’s what makes the Cleveland clambake so unique,” notes Gullo. “You talk to 10 different people, you’ll get 10 different bakes.”

Seafood retailers like Catanese Classic (1600 Merwin Ave., 216-696-0080) and Euclid Fish (7839 Enterprise Dr., Mentor, 440-951-6448) offer effortless just-add-water clambake kits, steamer pots pre-loaded with all the ingredients. For big boils, it’s wise to rent, borrow or buy a propane-powered burner. DIYers simply can purchase the components themselves, layer them into a large pot with a steamer insert, and cook it inside or out.

It’s prudent to cook the chicken separately so you don’t wind up with overcooked seafood or under-cooked chicken. And for heaven’s sake, don’t overlook the broth, that flavorful elixir that forms below, which is delicious on its own or when used as a base for a future chowder or bisque

Over the years, what customarily existed as a backyard affair has been co-opted by shrewd restaurant operators, who understand that most home cooks prefer to leave the messy business to the pros. These days, you can hardly stumble into a bar, bistro or VFW hall without seeing an announcement for a clambake. Here are a few upcoming bakes that caught our attention.