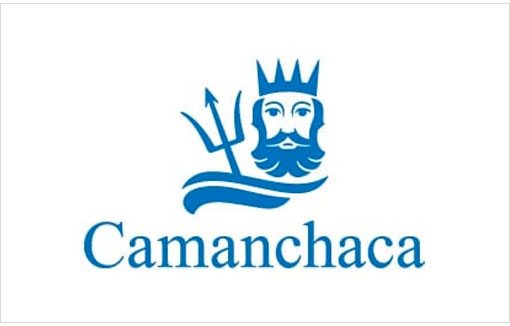 We are proud to announce our Chilean Salmon vendor Camanchaca has been awarded the top Chilean Salmon Farming company by Seafood Intelligence 2015 Corporate, Social & Environmental Responsibility (CSER) Sustainability Report. The CSER report ranks the world’s top 35 Salmonid farming companies. Seafood Intelligence is an international consulting company specializing in aquaculture and fisheries. They’re rankings analyze a company’s transparencies within the industry in communicating their sustainability policies and results reporting, as well as sanitary information, community and human resources among their criteria. A very detailed study, Seafood Intelligence Report, is a global report encompassing all the world’s salmon farms.

Camanchaca accomplishments this year include moving from the 14th ranking in the world to 4th in the world of all salmon farmers. 4th in the world and 1st in Chile is a fantastic achievement in the salmon farming world. As well as Camanchaca is 1 of only 6 salmon farmers worldwide and the only Chilean company to achieve an “Excellent” rating in this year’s report. Camanchaca CEO Ricardo Garcia Holtz proudly states, “Our strong performance in this prestigious international ranking demonstrates that Camanchaca is on the right path in matters of sustainability, which is key for us.” It is key for us at Catanese Classic Seafood as well. We pride ourselves in aligning with the best seafood companies in terms of sustainability in the world. Congratulations Camanchaca we are thrilled for your accomplishments and happy to partner with you in the salmon world!

Florida Stone Crab Claws
October 15th was the official kick off of the 2015 Florida Stone Crab season. The fishing period runs until May 15, 2016. The Stone Crab is one of the most popular and sought after crab in the world. Monterey Bay Aquarium Seafood Watch has awarded the Stone Crab fishery with a “GREEN” Best Choice designation for sustainability. The fishery is well managed and only the claws are harvested from the crab as they regenerate new claws when a claw is removed. The Stone Crab can grow new claws up to 3 times in its lifetime. It takes less than a year to regenerate new claws. The population of Stone Crab is believed to be very healthy. Both spawn and molt season is during the fishery closure to protect reproduction and crab growth. A female stone crab will spawn 4 to 6 times per season. They have a life span of 6 to 8 years. Most of the catch is caught in the Florida Keys and into the Gulf waters North to the Tampa Bay region. There’s a fishery in the Bahama’s for Stone Crab as well as the US fishery.

Market Updates
Wild Salmon
The wild salmon season is quickly winding down. It has been a long good run since May’s first openings but the fish quality is not very good on any wild salmon species at the point. The later in the run the more mature and spent the fish become. At this time we are not going to stock any fresh wild salmon. If we get word on improved quality (not very likely) we would buy but our recommendation is to move away from fresh wild salmon at this time. We do, however, have a great supply of frozen Alaskan Sockeye Salmon. We are thawing to order and producing a beautiful pin bone out/skin on previously frozen Alaskan Sockeye Salmon fillet. Supply is good and we expect to have inventory to carry us until next May when we ring the bell for the 2016 Copper River opening.

Lake Fish
Inconsistent has been the word for lake fish supply lately, especially the Yellow Perch supply. The wind and wave conditions have been brutal over the last couple of weeks. Our Fishermen have quota remaining and hope to land fish well into November. We expect supply to be light until quotas are reached sometime in November.

Walleye fishing has been much better and landings are very strong and should continue to be strong well into November. Weather conditions have been tough on fishermen but walleye has been landing.

Lake Whitefish supply has been good and we expect to see great quality fish at reasonable prices through November. The fish quality improves as the water temperature cools as Whitefish is a softer flesh fish that tends to soften even more in warmer weather.

White Bass landings have been good and should continue so as White Bass is one of the main by-catches in both the Yellow Perch and Walleye fisheries.

Recommendations: November will be a good time to run Walleye and Lake Whitefish and White Bass. Do not count on Yellow Perch to be a regular item in November but take advantage of it when landings happen.

North Atlantic Swordfish
We are coming off the full moon on the 27th and that should be the last full moon cycle of the fall North Atlantic Sword season. Supply should be good and quality fantastic for the next week or so as boats bring in their last hauls of the season before weather conditions and Southern migration prohibits fishing efforts. Take advantage of supply during the 1st week of November but be cautious as prices could rise quickly as we get into mid-November. If weather conditions hold we might see supply deeper into November than expected. Stay tuned for updates.

Atlantic/Pacific Halibut
The Pacific Halibut season closes on November 8th. This will put pressure on supply of Atlantic Halibut being the sole source until next March’s 2016 Pacific opening. We expect supply of Atlantic Halibut to be light but steady through November but slow considerably if not end in early December. Traditionally, Atlantic halibut is very short in December and into the first 2 or 3 weeks of January. Even as it picks up in mid-January it will be weather determinant. Fishing in the North Atlantic is a challenge most of the year but becomes very tricky in winter months.

For those that have to have Halibut through closed seasons or short supply we will have frozen Alaskan Halibut ready to thaw and cut and high quality previously frozen Halibut fillet. The halibut we buy will range from 20 – 40 lb each and cut a 6-12 lb skin on fillet. These fish were frozen on board vessels as the peak of the freshness to assure a beautiful previously frozen fillet. Remember, both Atlantic and Pacific Halibut are MSC certified and “Good Alternative” listed on Monterey Bay’s Seafood Watch list